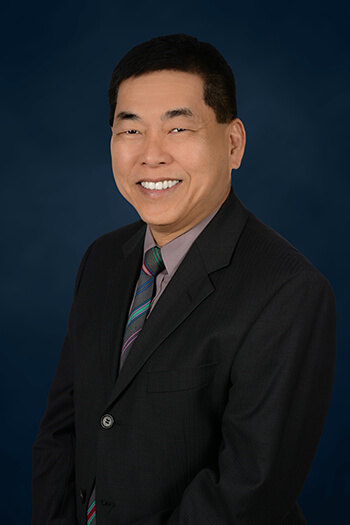 Neo Aik Sia was destined for aviation at an early age. Fascinated with aircraft, he joined the Junior Flying Club in 1972 in his native Singapore before he could even drive a car. He later earned his private pilot airplane rating six months after graduating from high school.

Neo was drafted into the Singapore National Service shortly after school. Seeing an opportunity to stay in aviation, he opted to leave the service three months later to enlist full time with the Republic of Singapore Air Force (RSAF) as a pilot officer. Once in the RSAF, he found his calling in safety programs.

Throughout his 29-year career at the RSAF, Neo progressively advanced through the ranks in areas where he could champion safety and implement safety programs. Throughout his service, he held positions including head of accident prevention, senior staff director and lecturer, director of operational development, senior pilot, and squadron commander.

While serving in the highest’s safety positions in the Air Force, Neo was responsible for all RSAF aircraft, maintenance, and ground safety and accident prevention programs. He developed and implemented a safety management system (SMS) in 2000 that has since proven its effectiveness through reduced accidents and incidents. He has taken this experience with him since retiring from the RSAF, helping develop and refine SMS programs for civilian organizations.

In 2016, Neo was hired as the safety, quality, and standards manager for Vision Technology – Aviation Academy of America, a national and international airline flight training academy in San Antonio, Texas. While there, he developed and implemented SMS and quality assurance system programs aimed at achieving and sustaining a zero-accident record. When an incident occurred, he conducted investigations and, with the findings, developed and implemented changes in maintenance, operations, and training.

Most recently, Neo served as Blue Hawaiian Helicopters’ regional safety director. In this role, he was responsible for promoting safety and implementing the FAA SMS and the Aviation Safety Action Program (ASAP) across Blue Hawaiian’s companies. He was also appointed as an FAA Safety Team (FAAST) representative. He concurrently prepared the companies for external audits by the Tour Operators Program of Safety (TOPS) and by STARR Aviation’s loss control consultant.

Throughout his career, Neo is recognized for developing safety roadmaps for a top-down identification of threats, hazards, and risk mitigation programs to safeguard operations.

Neo’s passion is driven by the belief that all accidents are preventable. He focuses on and mentors members of the industry on the need to understand accident causation, human factors, SMS, and the incredible importance of adopting safety excellence and safety culture as a way of life to eliminate accidents.

“I believe building a positive safety culture by changing mindset, attitude, and behavior is the biggest challenge of implementing a safety program,” Neo says. “Without a positive culture, the program is often implemented robotically with minimal effort. I emphasize the need to embrace safety at all levels. With total safety as a lifestyle, we all benefit – ourselves, our families, and our organizations.”