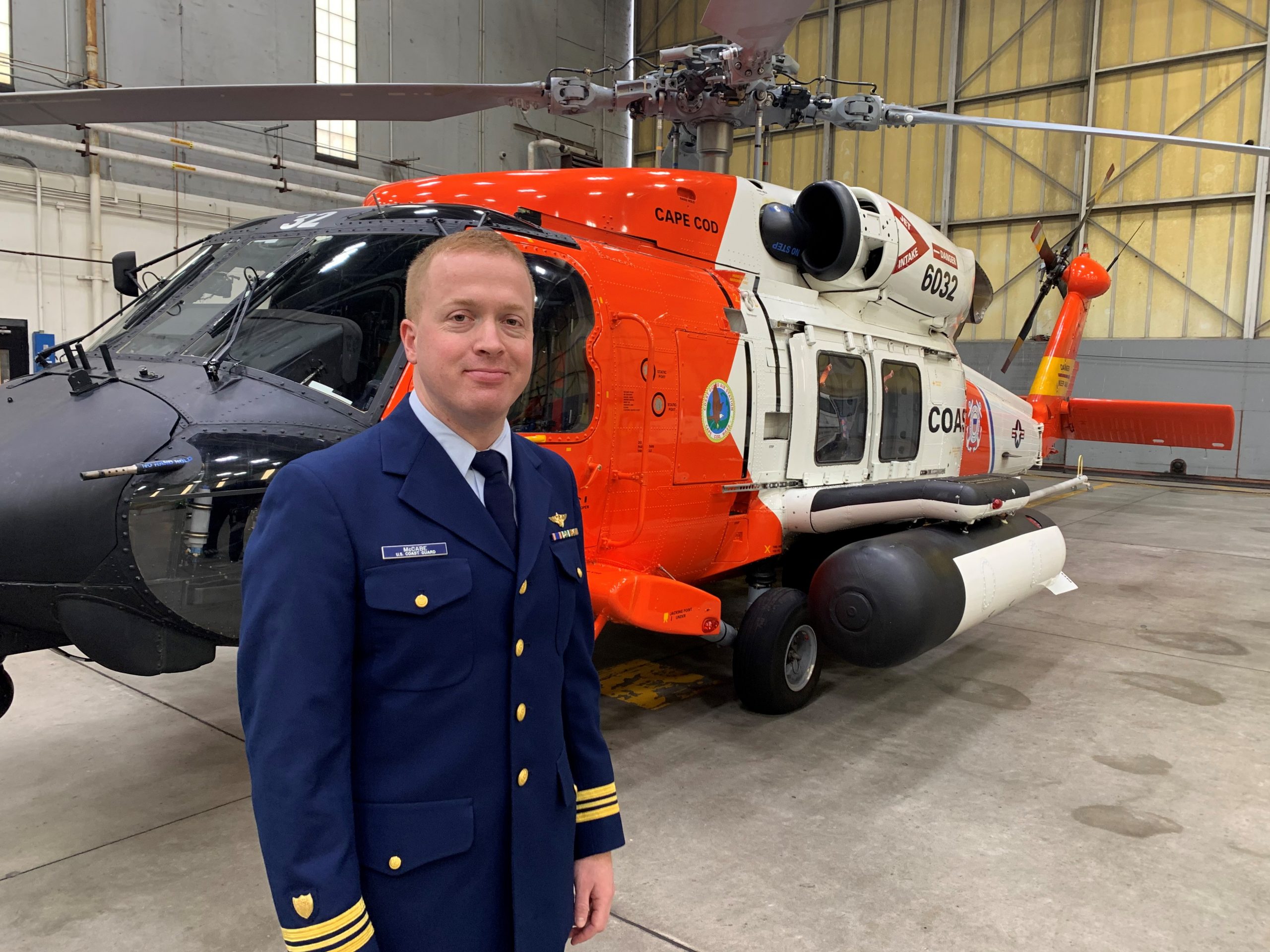 U.S. Coast Guard (USCG) Lieutenant Commander Robert McCabe didn’t set out to be a helicopter pilot. He joined the USCG with a general desire to be involved in active humanitarian and search and rescue work. While assigned to a ship in Astoria, Oregon, he was inspired watching the MH-60T Jayhawks perform multiple harrowing rescues. He changed his focus and attended flight school after his first USCG tour.

McCabe returned to Astoria in 2012 as an MH-60T pilot. After that tour, he was stationed in Sitka, Alaska, before his current assignment at USCG Air Station Cape Cod in Massachusetts.

Today, McCabe stands alert duty for missions across New England from New York to Maine. He has accumulated more than 2,700 helicopter hours and countless successful rescue missions. In addition to pilot-in-command, he is also an instructor pilot and flight examiner, instructing and mentoring junior pilots and crewmembers.

On the evening of Nov. 24, 2019, his skills and experience were put into practice. The fishing vessel Leonardo had suddenly and unexpectedly capsized 24 miles southwest of Martha’s Vineyard, throwing all four crewmembers into the 50-degree water.

Once on scene, McCabe’s crew found a lone survivor in a life raft among the debris field in 10-foot seas and 30-knot winds. The severely hypothermic survivor was hoisted aboard and successfully stabilized. During the rescue, the sun set and a squall with sleet came in, reducing visibility to a quarter mile and raising the seas to 15-foot-waves.

Rather than a typical search altitude of 300 feet, McCabe directed the other pilot to fly a low 80-foot air taxi to continue searching the debris field for remaining Leonardo crewmembers. With their focus mostly outside the aircraft searching the rough water with spotlights in flying sleet, both pilots became disoriented.

The aircraft started to bank 40 degrees, simultaneously pitching more than between 14 degrees nose up, and rapidly slowing while descending.

“The visual inputs we were getting were inconsistent,” McCabe said. “The sleet gave that Star Wars warp speed illusion in the searchlight beam, making us feel we were flying at 50 kts. The waves gave us the sensation were drifting right. Neither was right. I soon realized we had ‘the leans.’”

Within 10 seconds of becoming disoriented, McCabe recognized it. He announced the aircraft’s state and immediately coached the flying pilot through a successful instrument takeoff to stable flight. McCabe’s situational awareness, decisiveness, and assertiveness were instrumental in leading the crew to avoid a near catastrophic situation.

“Admitting disorientation, then the transition from it to correction is very, very difficult,” he recalls. “It’s extremely difficult to convince yourself to trust your instruments and make the correct inputs. That experience really brought home that we as a community need to fess up and do everything we can to learn from our mistakes.”

When McCabe returned, he provided a detailed description of the event to the air station’s safety department. With the support of the USCG’s Aviation Logistics Center, the flight data monitoring system data was used to create an animation of the flight for training. This effort resulted in USCG-wide policy recommendations including standardizing training on night vision goggle illusions, developing a manual addressing aeromedical factors of flight, and adding a discussion of spatial disorientation to every annual check-ride.