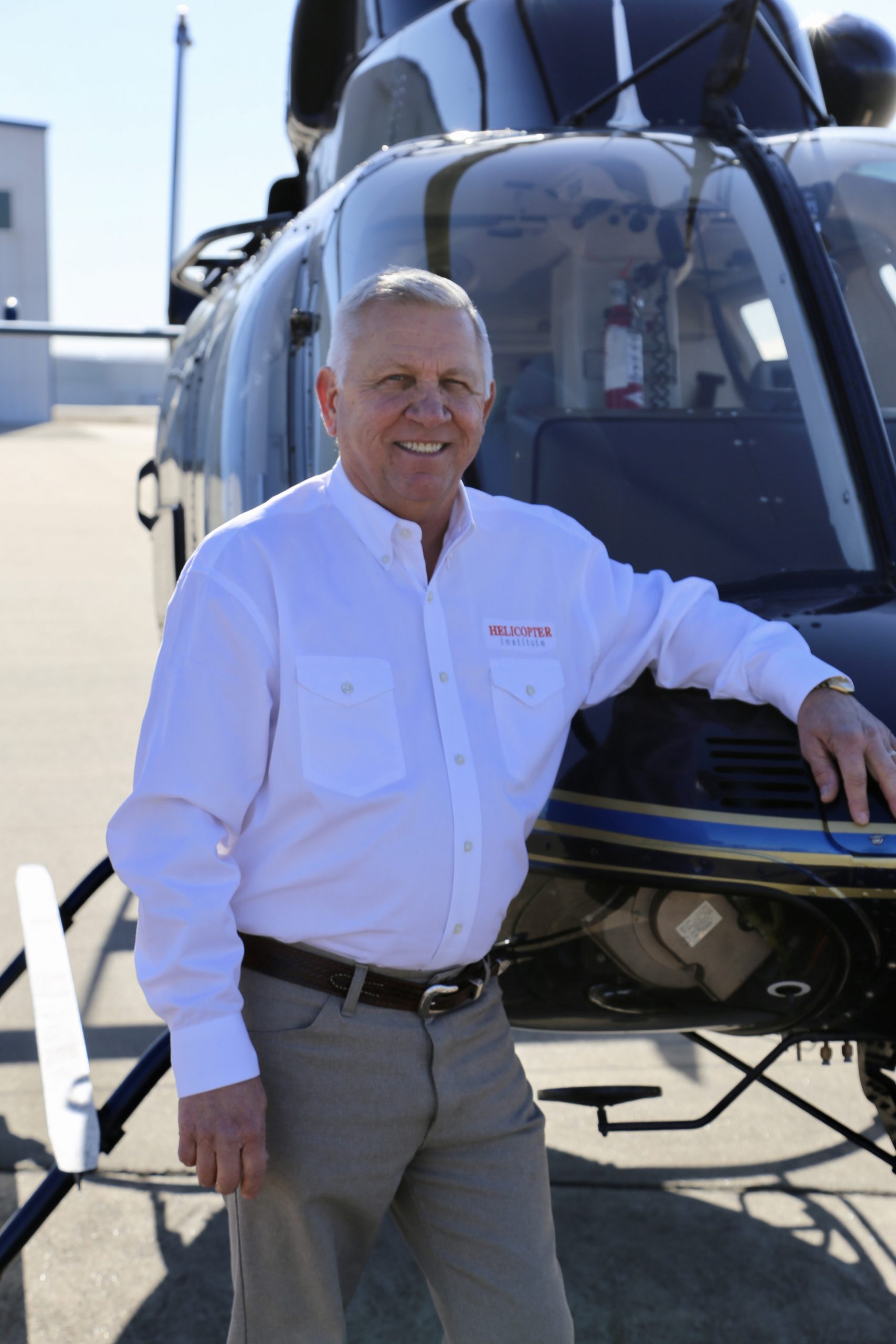 David Wayne Fox has been around aircraft since he was old enough to toddle. Some of his most cherished memories are accompanying his mechanic father to the airport. His dad was his inspiration as they built kit airplanes together and performed other maintenance work on Bell 47s.

As a teen in 1970, David landed his first paying aviation job as a mechanic’s helper working on Bell 47s. Three years later he joined the U.S. Army and worked as a crew chief, maintaining OH-58, UH-1, and AH-1G helicopters and serving a tour in Korea.

When he returned, David relied on his on-the-job training and self-study to achieve his A&P certificates. Not long after, he earned his private and commercial helicopter certificates.

In 1980, he and a friend founded Helitrans Company Inc.– a Part 135 operator and Part 145 repair station supporting the oil and gas industry off the Gulf Coast of Texas. He served as both the director of maintenance and chief inspector, having received his inspection authorization from the FAA.

For 20 years, Helitrans operated with a perfect safety record. The company did not have any accidents, incidents, violations, or forced landings.

“My proudest accomplishment is Helitrans’ record,” David says. “I believe in having good people working for you and maintaining and operating the aircraft properly to manufacturer recommendations are to credit for that. I was very serious about following the rules and not cutting corners. Money is not everything. Sometimes people lose sight of that.”

David sold Helitrans in 2000 and enjoyed semi-retirement as he did a little maintenance and consulting work before Bell invited him to be a ground school and simulator instructor at the Customer Training Academy for their light helicopters in 2001. For that position, he earned his certified flight instructor rating.

David became a fixture at Bell, not just at the training center, but also within the accident investigation and legal departments. He was also the go-to expert for Bell owners and operators around the world. He would teach every system on the aircraft, sharing his stories and anecdotes to help solidify student knowledge while engaging them to learn. He developed an astronomical list of connections and still gets calls from people around the world when they’re stuck on a maintenance challenge.

“I’ve been doing this so long, chances are I’ve seen some of the more obscure or unique issues with these aircraft and may have a way to help,” he says.

While at Bell, David was instrumental in developing the Bell 407GX and GXi courses as well as leading and standardizing instruction for light helicopters.

David retired from Bell in 2020 and now works part time for the Helicopter Institute in Ft. Worth, Texas, providing pilot training. He also still moonlights as a mechanic, providing maintenance for select clients.

These days, the most rewarding work for David is mentoring younger mechanics. He believes it’s important for the older generation to share their wealth of knowledge and skills, as well as their experience and values.

“It’s important to mentor these younger people,” he says. “This is what my dad did with me. He mentored me on how to do things correctly to ensure when you send an aircraft out, it will come back. Part of that is emphasizing the importance of following the manufacturers manuals and maintenance recommendations and developing a good working relationship with your local FAA inspectors.”