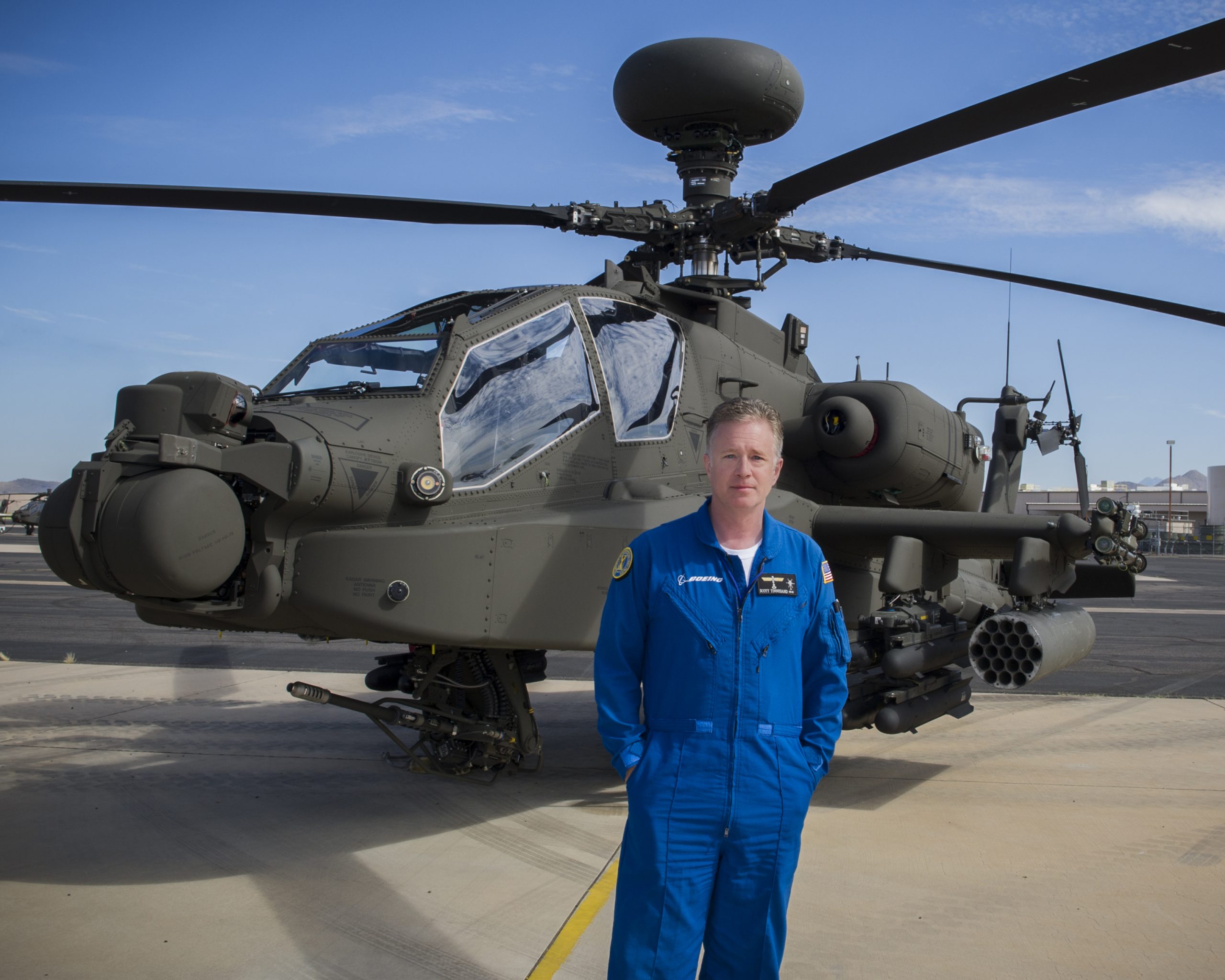 Flight instructor and experimental test pilot Scott Tinnesand got to where his is today thanks to mentors who supported him along the journey. A pilot with 33 accident-free years of flying experience, he is dedicated to giving back whenever possible.

Tinnesand remembers wanting to be a pilot but questioning the feasibility of achieving his dream. When he discovered the Army ROTC program at the University of North Dakota (UND), the dream became possible. He enrolled at UND with the ROTC program, earning his private, commercial, and instrument helicopter ratings. Upon graduation he attended Army flight school to become an AH-1 Cobra and AH-64 Apache pilot.

After eight years of service with the Army’s 101st Airborne Division, he entered the civilian world as an instructor pilot for gyroplane manufacturer Groen Brothers. Tinnesand thrived at Groen, gaining gyroplane commercial and instructor ratings. He was mentored himself by his co-worker and fellow pilot Terry Brant. Not only did he have the opportunity to teach customers to fly the aircraft, but also mentor them in their careers.

After leaving Groen, Tinnesand took a helicopter EMS position that grew into an opportunity to earn his helicopter CFI and mentor, train, and support his fellow company pilots. Then, in 2011, he landed what has been his dream job.

Today Tinnesand is a lead flight instructor and experimental test pilot for The Boeing Company’s vertical lift division. He trains domestic and international pilots as well as conducting experimental test flights in the AH-64E Apache, A/MH-6M, and AH-6 Little Bird.

His experience at Boeing would not be the same without his own mentor in the organization, Rich Lee. Lee took Tinnesand under his wing and supported his rise in the company. He also encouraged him to become a designated pilot examiner in the region. All he asked in return was Tinnesand pay it forward.

When not working, Tinnesand is mentoring. He spends extra time after practical test examinations to teach and guide pilots. He encourages female pilots to apply for Whirly-Girls scholarships and offers free SFAR 73 checkouts for new CFIs to help them save money as they begin their careers. He shares his contact information with pilots and responds to numerous phone calls and texts every week from prior students, airmen applicants, flight instructors, and professional pilots requesting assistance.

He also donates his time with the Arizona DPE Advisory Group, the Phoenix Airspace User’s Working Group, and has participated as a speaker in HAI’s HFI Pilot Mentoring Panel, HAI’s Military to Civilian Transition Workshop, the U.S. Helicopter Safety Team Annual Meeting, and number other local and national training and safety seminars.

“I wouldn’t be where I am today without the great people who supported and mentored me every step of the way,” Tinnesand shares. “There truly isn’t anything more satisfying than helping remove an obstacle keeping someone from achieving their dream. I am so lucky to have the life I live. It gives me such satisfaction to help others reach their dreams.”