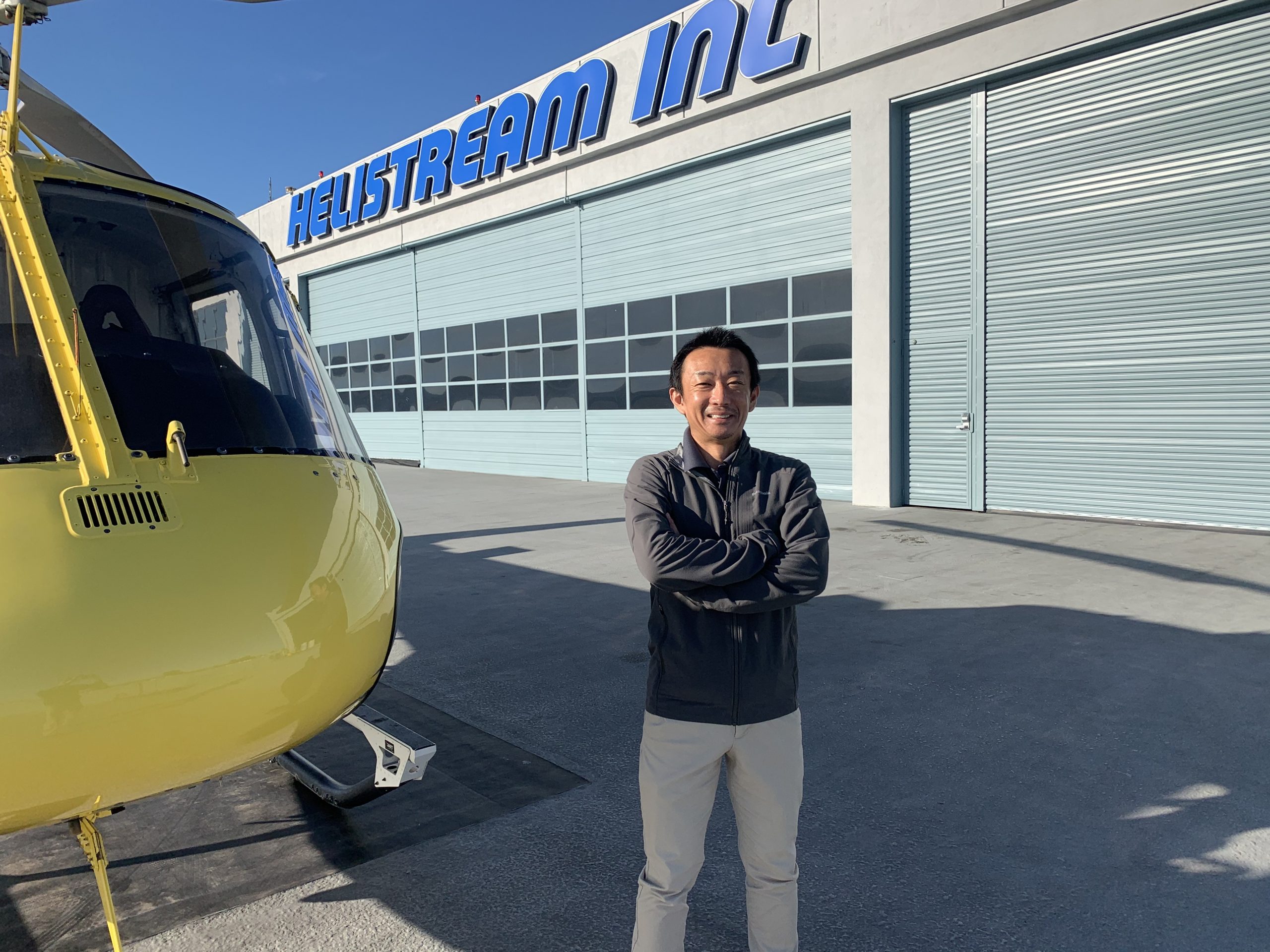 Soft spoken and standing at only 5’6”, Nobuyuki Kosuge is hardly an imposing individual. However, his soft spoken demeaner and dedication to safe, skilled helicopter flight have made an immense impact on countless pilots during the last two decades.

Born in Japan, Kosuge grew up near a Japanese Maritime Self Defense Force airbase, sparking his life-long interest in aviation. He received a bachelor’s degree in English from Kanda Gaigo University in Chiba, Japan, but never lost sight of his flying dreams despite the barriers in Japan.

Not long after college, Kosuge visited Southern California on vacation and took his first helicopter flight. He was hooked. In 2001, he enrolled in HeliStream in Costa Mesa, California, and began a six-year journey of obtaining visas, changing schools (and transferring a visa) when one went bankrupt, and applying for a green card. His hard work, and support of those around him, paid off. By 2007, Kosuge had earned his private and commercial certificates, instrument and flight instructor ratings, flight instructor experience in the U.S., ground instruction experience in Japan, and green card sponsorship by HeliStream.

Kosuge began at HeliStream as a primary instructor. His professionalism and work ethic soon led to a promotion to instruct for HeliStream’s Customs and Border Protection Rotor Wing Qualification Course (RWQC), a program he now manages along with a myriad of initial qualification courses for other agencies, including Orange County Sheriff, Riverside County Sheriff, Ontario Police, and Anaheim Police Department. He has qualified dozens of law enforcement pilots through these programs.

Today, Kosuge serves as HeliStream’s assistant chief flight instructor and FAA Part 135 check pilot. He has built more than 10,600 flight hours in 11 aircraft models, with more than 9,000 hours of instruction given. While he no longer provides initial flight instruction, he remains very active with HeliStream’s students providing stage checks and sharing his knowledge as students progress.

“To see our students progress is very satisfying,” Kosuge says. “I enjoy seeing them through each stage as they build their skills and transform into professional pilots.”

Kosuge also runs the company’s transition and recurrent training in the MD500 and AS350, allowing him to provide instrument proficiency checks for many of HeliStream’s law enforcement customers.

One of the company’s part 135 line pilots since 2008, Kosuge also flies a number of utility, photography, charter, and tour flights and serves as a maintenance check pilot. He was also instrumental in developing HeliStream’s Safety Management System.

While many flight instructors may have moved on to different careers by the time they achieve so much experience, Kosuge is happy to stay in the training arena.

“I really enjoy HeliStream itself as a multiple mission company,” he says. “I started with initial instruction, but as they get more missions and support work in utility, firefighting, and other commercial work, I get to expand by skills and still instruct. The variety makes this a very attractive company.”

HeliStream sees Kosuge as one of their biggest assets, both due to his work ethic and also the skill he can share with students.

“Nobu’s abilities as a professional flight instructor are exemplary,” shares HeliStream Chief Financial Officer Barbara Perrin. “He teaches by example, holding himself to the highest standards of professionalism. His students naturally learn from his well-developed and safe habit patterns.”