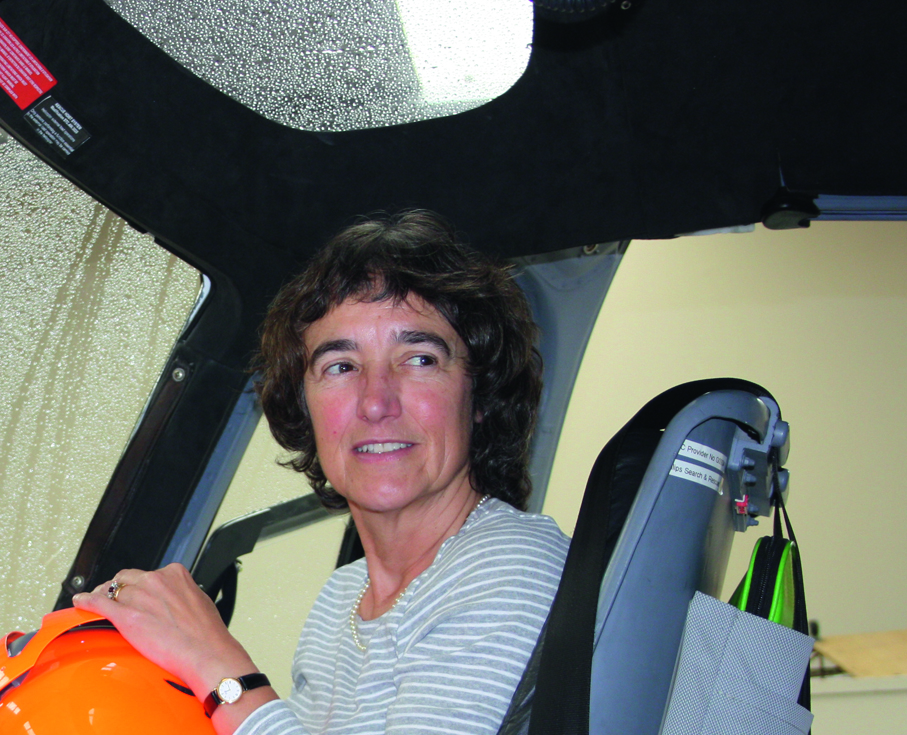 For more than 35 years, U.K. resident and Helicopter Life Editor Georgina Hunter-Jones has highlighted the importance of helicopters in our everyday lives, promoting their use, merits, and capabilities while generating curiosity and interest in helicopters from people outside the helicopter industry.

Hunter-Jones’ passion started early. She remembers writing creative stories as a little girl. While in university she discovered her second passion in a most uncommon way. She wanted to work a summer in Kenya. Her mother, worried for her safety, offered her a different adventure. If she stayed in the U.K., her mother would pay for her private pilot single engine land airplane license. Hunter-Jones took her mother up on the offer, a decision that changed her life.

Hunter-Jones was hooked. She went on to earn additional airplane ratings including flight instructor before receiving similar ratings in helicopters. Since earning that first license, she has flown around the world in a variety of helicopters and airplanes, building more than 8,500 hours of flight time. She’s competed in the World Helicopter Championships, set a world altitude record in a helicopter, flew during the world’s first mother-daughter wingwalk, and gained UK CAA examiner authorization for both aircraft categories.

While she had difficulty finding a paid writing opportunities before she stepped into aviation, Hunter-Jones found the helicopter trade journalism industry a fertile ground. Not long after she started flying, she began writing about aviation in a variety of publications including The Financial Times, Octane Car magazine, Rotor and Wing, Flight International, Air Pictorial, Helicopter World, 4 Rotors, and Flyer Magazine. In 1997, she became the editor of the Helicopter Club of Great Britain’s periodical Rotor Torque, turning it onto a full color magazine. She also expanded its content to encourage the next generation of helicopter enthusiasts in addition to club members. In 2004, she developed her own publication, Helicopter Life, dedicated to educating and inspiring the current and future helicopter industry.

Hunter-Jones’s aim has always been to promote and drive an interest in helicopters. Her magazine has covered a diverse selection of subjects including firefighting, helicopter safaris, film work, international HEMS, and charter flying to illustrate how helicopters are utilized by civilian and commercial operators worldwide. She has also written regular flight test reports for the magazine, ranging from the piston Bell 47 up to the Erickson S64 Skycrane.

Hunter-Jones gives particular focus to promoting alternate technologies in the aviation world and has championed smaller start-up helicopter companies looking to make helicopter flying a possibility for everyone.

Hunter-Jones also dedicates her time to mentoring and inspiring the next generation through her writing. Her children’s book, “Biscuit and Oscar Learn to Fly,” opens the world of flight to young minds. She’s also written two non-fiction books about her experiences – one of her flight across the Atlantic, and one about her flight across Russia. A member of the Whirly-Girls, she often mentors the next generation of female helicopter pilots and volunteers as a member of the Skinners’ Company, a London charitable organization dating back to the 15th century, which supports the education of young people.